Places to visit in Scotland 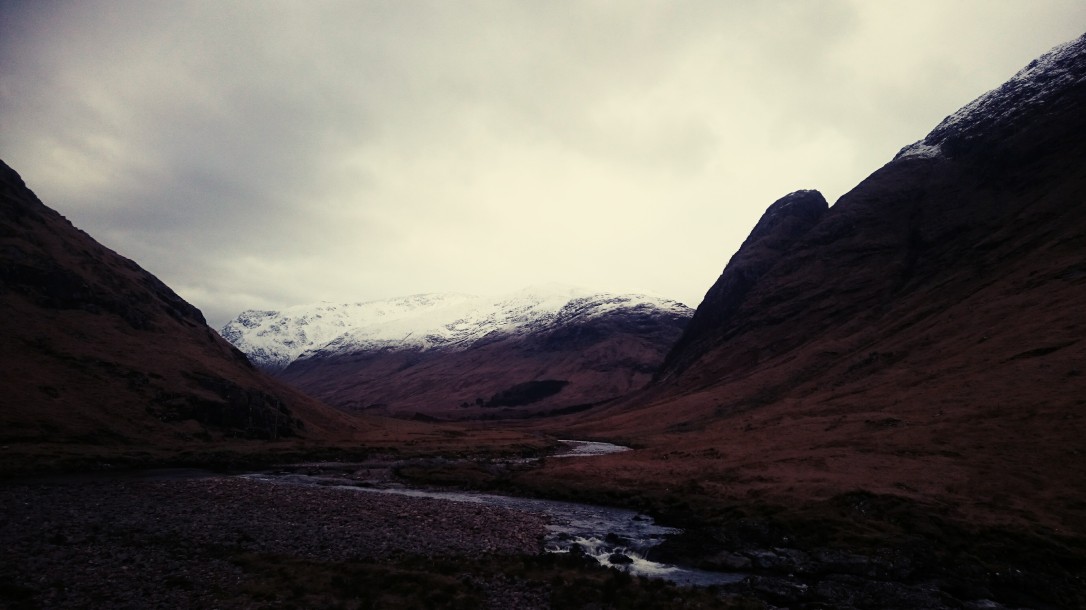 As someone who travels through the Highlands of Scotland on a regular basis, I honestly cannot help myself but stop every single time I pass and gaze at the beauty that Glen Etive has on show. It truly is an amazing place.

Glen Etive or Gleann Èite (the Gaelic spelling) is a glen located in the Scottish Highlands. The name Etive is believed to mean “little ugly one” from the Gaelic goddess associated with Loch Etive, which would leave you to believe that those Scots back in the day had a cracking sense of humour as nothing could be further from the truth.

It became semi famous in 2012 after the James Bond film Skyfall filmed a scene there, that left a lot of viewers asking the question “where is that?”. Moving from modern day blockbusters to ancient folklore now, the Fachen is also known as the dwarf of Glen Etive. This being a creature with half a body, a long black mane on it’s back, a mouth extremely wide and having such a terrifying appearance that it’s believed to induce heart attacks for those unlucky enough to see it. So er, try not to stumble across one if you can!

For those avid mountaineers and hill walkers, you’re spoiled for choice at Glen Etive. There are several peaks all around that fill up your view, I’ve made a wee list below:

The river Etive which runs through is also a popular destination with kayakers. It is supposed to be one of the most challenging whitewater kayaking routes in the whole of Scotland. With grade 4 rapids, and a countless range of waterfalls and pools.

Travelling to Glen Etive can be easiest done by car. Approximately 11 miles to the southeast of Glencoe on the A82 is the road in and out of Glen Etive. It requires a good bit of concentration and observation skills though as it’s very easy to miss, and I mean very easy to miss. If you’re not travelling by car then your best bet is to get a bus to Glencoe and embark on good ole fashioned walking or cycling but with that being said it may take you a few hours, but surrounded by the beauty of the Highlands? I can’t imagine a nicer walk.

There are cottages and campsites available in the area but luckily as “wild camping” is legal in Scotland if you’re planning on camping then you can pretty much do it anywhere you like (within reason) make sure to check the Scottish outdoor association code below before you do though.

http://www.outdooraccess-scotland.com/Practical-guide/public/camping
Whether you’re visiting or just passing by, Glen Etive should be a place on your bucket list. A place you should stop and just take in and embrace the beauty in which the Scottish countryside has to offer.

I'm a 26 year old man from bonnie Scotland. I have a passion for writing, gaelic and travelling. View all posts by Àndraa